Being a model Chef user you’re using Test Kitchen to do integration testing of your Cookbooks. It works great on your machine using Vagrant! So let’s make sure these tests always run before code gets merged into Master in the GitHub repo.

We’ll be using the chef/chefdk Docker container to run our Kitchen commands because what is the bane of a build agent’s life? Build dependencies! And what’s Docker good at? Containerising dependencies!

Seriously, if you’re not running your builds in containers on your build agents and are faffing around installing pyenv, rvm, gems, and node modules all over the place, well… you need to fix that.

Most of this is fairly self explanatory if you’ve some experience with Kitchen, but these are worth calling out:

Obviously you should change subnet_id, region, and security_group_ids to reflect your environment.

Now run the following command inside your cookbook directory.

Let’s break down these args one by one:

What should happen is that test kitchen spins up the instances two at a time, tests them, and then destroys them, returning exit code 0.

Create a new build configuration, then add a VCS root pointing to the GitHub repo containing your cookbook (which should be the only thing in the repo naturally!).

Add the following branch specification so that Pull Requests are included in the buildable commits: +:refs/pull/(*/merge). 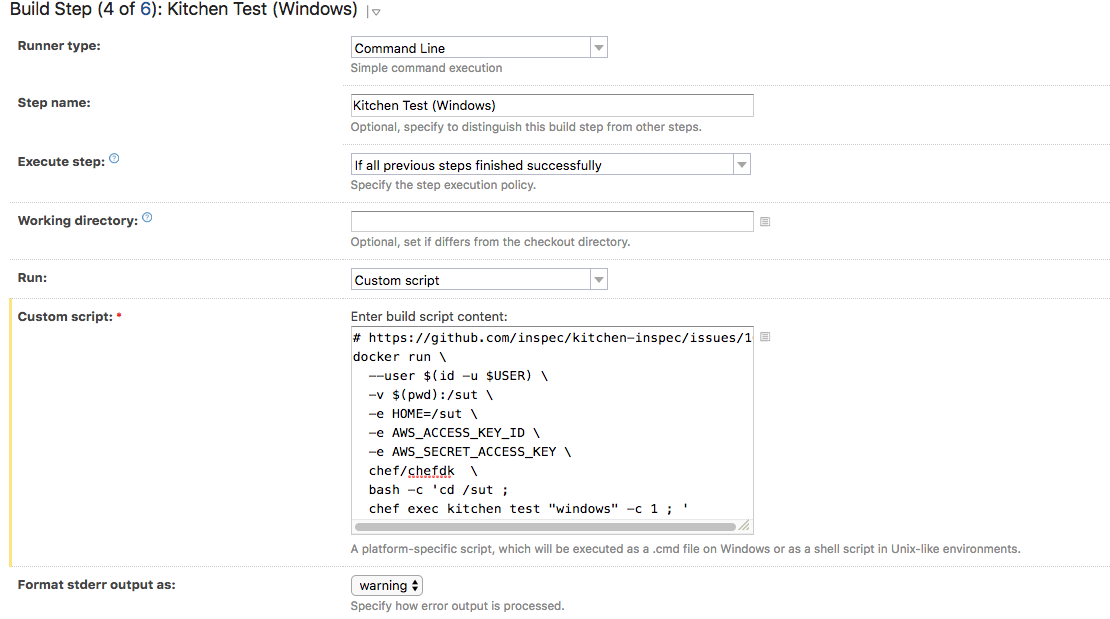 (You’re probably asking yourself why we’re testing Windows and Linux separately. We’ll cover this in a minute.) 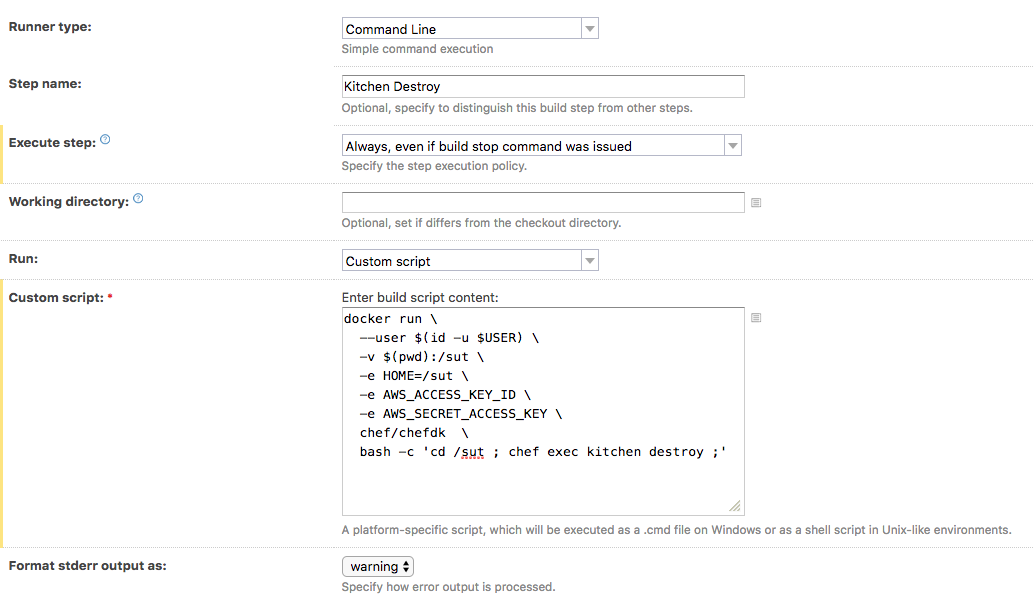 IMPORTANT: In this test change the Execute Step: setting to be Always, even if build stop command was issued.

This step will always run, even if the previous steps failed, even if the job was stopped, because we always want to clean up our spot instances (otherwise we end up spending all the money!).

Now add the Commit status publisher build feature, configure it to point to GitHub with an access token created against your GitHub user. 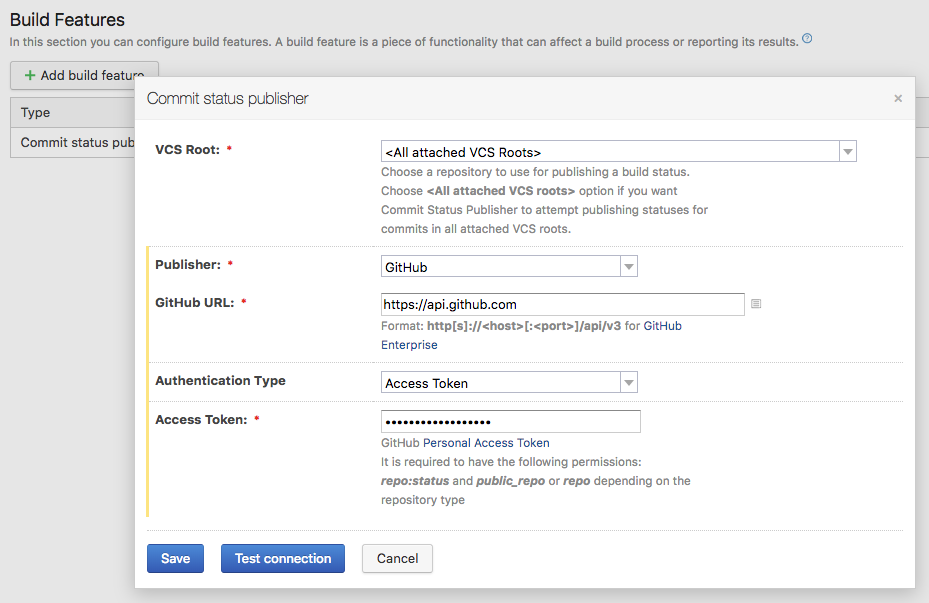 Your TeamCity build should now run through each test just as you did locally. (Assuming you remembered to install Docker on your build agents. You did right?) Provided it all works, you’re done! If you’re encountering issues, see: Troubleshooting

I encountered the following errors while perfecting this setup:

This is because I had specified the --user arg when doing docker run to a user that didn’t exist, and therefore defaulting the home directory (used by Berkshelf) to / which it didn’t haven’t permission to write to. Setting the HOME environment variable to the working directory fixed this (see examples of docker run above).

This one still seems to crop up occasionally. The WinRM connection to the AWS instances seems very fragile and small blips in network connectivity (or perhaps system availability?) seem to interrupt it. I haven’t really got to the bottom of this one, but setting the -c parameter of test kitchen to 1 (to only allow only one to run at a time) and launching the Windows instances as larger, OnDemand (rather than spot) instances, seems to reduce the frequency.

This one is due to a race condition bug that exists in kitchen-inspec - #167. This is why even the Linux steps above are limited to a max of two concurrent tests.